Early September at the Global Gravity-based Groundwater Product (G3P) General Assembly in Zurich, FutureWater, along with 11 other consortium partners, gathered to present scientific results, project milestones, and discuss the way forward. For context, the G3P product monitors groundwater storage changes with global coverage at a monthly resolution (2002 – present) through a cross-cutting combination of GRACE and GRACE-FO satellite data. The product is being developed for operational implementation of the Essential Climate Variable (ECV) Groundwater into the Copernicus Climate Change Service.

As part of the project, FutureWater is responsible for validating the G3P product against in-situ groundwater observations in continental Spain (at pixel level) as well as use it to calibrate a Groundwater Drought Index and integrate it into InfoSequia which is FutureWater’s in-house Drought Early Warning System.

From FutureWater, Tania Imran presented the research findings from the validation case study in Spain while Sergio Contreras shared the technical workflow for the ingestion of the G3P product in InfoSequia. Different statistical metrics were adopted to assess the correlation between the GRACE-groundwater storage anomalies and in-situ groundwater index. Cross-correlations, obtained at 0.5-degree resolution, were presented followed by a discussion on the spatial patterns observed and the potential influence of local hydro(geo)logical conditions on the results.

As the groundwater storage anomaly is derived by accounting for changes in glaciers, snow, soil moisture and surface water, other consortium partners responsible for developing these accounts also shared insights on the most optimal approach to compute water storage variations in such compartments.

Since the project is now in its concluding phase, FutureWater is condensing the research findings in a report that will highlight the performance of G3P in continental Spain and show how the product can refine drought early warning systems. 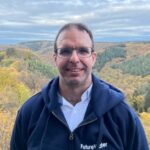 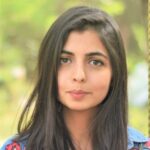