On 15 March 2019 Cyclone Idai hit the coast of Mozambique causing devastating damage and severe flooding in the region. The APSAN-Vale project, which is implemented in the Beira Agricultural Growth Corridor of Mozambique, is working closely with rural farming communities in the region affected by Cyclone Idai. The project team are searching ways to actively aid the affected population. FutureWater and Hiview have trained local drone operators stationed in Chimoio for this project to monitor crop water productivity of smallholder farming. During the aftermath of Cyclone Idai and the severe flooding, the team of operators was mobilised to assist the INGC (Instituto Nacional de Gestão de Calamidades) in their rescue missions on 23-24 March 2019. They used drone imagery to localize stranded communities in areas that are inaccessible by road transport. This information was used to improve the routing of the rescue boats for food supply and evacuation.

The imagery made during the flights also indicated the extent of flooding. The map below shows the river in average conditions (on the background image) and the current situation with the river expanding up to 250 meters in width. Large areas of cropland and residences of the rural communities are destroyed and remain still flooded. 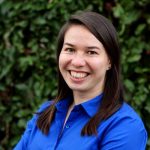