The current United Nations Climate Change Conference COP24 held in Katowice, Poland once more demonstrates the world’s climate change concerns. In the Indus, Ganges, and Brahmaputra river basins, a global climate change hotspot and home for about 900 million people, these concerns are pressing, since the river systems provide water resources for the important agricultural, domestic, and industrial sectors that serve these people. Meltwater from glaciers and snow feed the headwaters of these rivers and are strongly influenced by rising temperatures. In addition, the monsoon and its dynamics that determine the regional hydrology are expected to change. Climate change is however not the only concern. Strong socio-economic developments and a rapid and continuous population growth will result in tremendous increases in water demand and related to that to an increasing pressure on water resources. It is very likely that a water gap will develop in the future. To address this, a joint study of FutureWater, Utrecht University, Wageningen Environmental Research, and ICIMOD was conducted to assess the combined impacts of climate change and socio-economic developments on the future “blue” water gap in the Indus, Ganges, and Brahmaputra river basins until the end of the 21st century. To this end, the team coupled a hydrological model simulating the future changes in the upstream high mountain water reserves stored in snow and ice (SPHY) and a hydrology and crop production model simulating future changes in the downstream water balance incorporating water use for agricultural, domestic and industrial purposes (LPJmL). The latest climate change projections and socio-economic scenarios were used as inputs for their models. The results are presented in an (open-access) paper that has been published recently in Hydrology and Earth System Sciences.

The findings of this study indicate that the surface water availability will increase, which can mainly be attributed to increases in monsoon precipitation. Besides the increases in surface water availability, water consumption by irrigation will most likely decline due to shorter growing seasons that emerge from temperature increases, and a shift from blue water irrigation to green water/rainfed irrigation due to increases in precipitation. However, this increase in water availability cannot outweigh the strong increases in water demand that are associated with the strong socio-economic development, and will thus likely lead to a substantial increase in the water gap with 7% and 14% in the Indus and Ganges river basins, respectively, during the 21st century. This implies the importance of robust adaptation strategies to cope with future water shortages in the region. 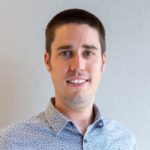