In order to have a stronger advisory role towards policy and decision makers and people living in their management areas, three ARAs (water boards) of Mozambique require knowledge on how-to use and apply Water Resources and Water Allocation Models. Because the ARAs were facing a knowledge constraint on these topics, they requested a Tailor-Made Training in “Water Resources and Water Allocation Models to Support Decision Making for ARAs”.

During the training week in November the objective was to build a Water Resources Model for a high priority river basin. The ARAs used the Spatial Processes in Hydrology (SPHY) model to setup a model for the following river basins within their management area:

Working in groups of 2, the participants successfully presented the SPHY model of their basin, showing the water balance and parameter sensitivities. The participants indicated that after the course they will continue to improve their models and make them suitable to be used for flood-early-warnings.

During the training week in December the objective was to build a Water Allocation Model for a river basin within the management area of the ARAs. For this purpose the WEAP model was used. The ARAs build a WEAP model for the following river basins:

During the training week in August the participants already created and explored some scenarios for climate change and population growth. During the training week in December the focus was more on completing the basic setup of the models with the best available data. The participants would like to further improve their models by using their own data, add and explore more scenarios (e.g. the influence of new reservoirs) and calibrate their model.

On the last day of both training weeks a certificate of completion was handed to all participants. This training was funded by NUFFIC’s Tailor-Made Training Programme, which is part of the Netherlands Fellowship Programmes (NFP II), and is specifically meant to enhance the overall functioning of an organization by training a selected group of its staff members. 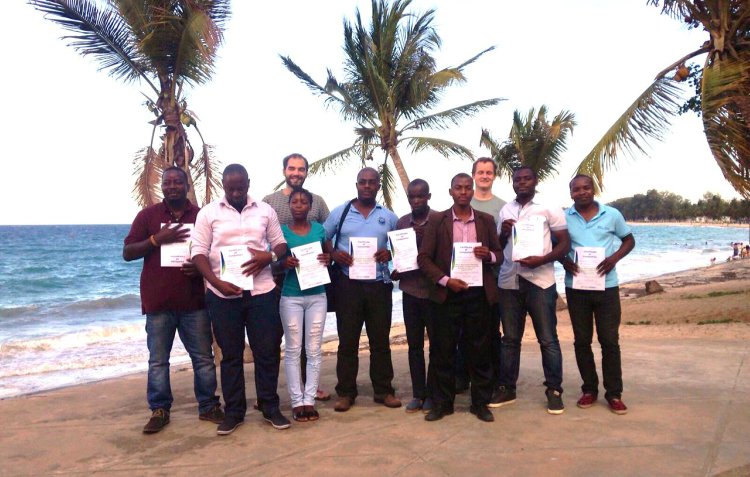